Welcome to Mini Reviews Monday, a She Latitude weekly feature! This is for those books that don’t really require a full-fledged review and is a way for me to really just take note and keep track of all the books I’m reading. Today we start with two books I read all the way back in June: The Leveller by Julia Durango and Hello, I Love You by Katie Stout.

What it’s about: Unlike ordinary, average teenagers out there, Nixy Bauer has a certified cool part-time job—one that involves dragging kids out of MEEP, a virtual reality game, and back to their parents in the real world. When Wyn, the son of MEEP’s billionaire developer, disappears in the game, it’s up to Nixy to retrieve him. This time, though, there’s real danger in her mission…

What’s good: It’s fast-paced, therefore really quick to read, and Nixy is quite likeable as far as YA protagonists go. It’s not so complicated that you have to reread the descriptions twice to understand how the game actually works, which is great when you want something light and easy. Plus, I have a soft spot for virtual reality games and quite enjoyed some aspects of it.

What’s bad: The world (well, the game world) is undeveloped. It’s supposedly single-player, and yet Nixy could come into other people’s games, which means that it’s actually multi-player. There are tons of other loopholes in the book, some of which never get resolved, and the ending is abrupt, leaving way too many things that need to be said unsaid. The romance is unconvincing and unsatisfying.

Verdict: Fun and uncomplicated, but overly so at many places. I’d probably read it again, if only to immerse myself in the virtual reality aspect of it. 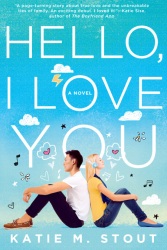 What it’s about: In the wake of a family situation, Grace Wilde escapes to South Korea, attends boarding school there, and falls in love with a Korean pop star. Mother issues and drama queens make an appearance.

What’s good: It situates itself in a non-Western country, and I appreciate books that try to be different in this way. Some of the cultural elements do shine through quite authentically, and for me, that’s good enough as far as settings go.

What’s bad: There are many times in the book where I wish the ground could swallow me up for secondhand embarrassment. Grace is irritating, frustrating, and worse than that, she doesn’t even really try. Instead she’s judgmental, rude, and culturally intolerant. Not only that, I found her relationship with Jason, the pop star, completely unsatisfying and Jason himself completely unremarkable. They were on and off all the time and I just wish they’d get it over with. I’m also not in love with any of the side characters.

Verdict: Reading this makes me feel like I’m watching a k-drama (my favourite pastime when I was fifteen), but not in a good way. Not a fan, unfortunately.

Title: The Leveller (2015)
Author: Julia Durango
Genre: Young Adult, Science Fiction
Description: Nixy Bauer is a self-made Leveller. Her job? Dragging kids out of virtual reality and back to their parents in the real world. It’s normally easy cash, but Nixy’s latest mission is fraught with real danger, intrigue, and romance.

Nixy Bauer is used to her classmates being very, very unhappy to see her. After all, she’s a bounty hunter in a virtual reality gaming world. Kids in the MEEP, as they call it, play entirely with their minds, while their bodies languish in a sleeplike state on the couch. Irritated parents, looking to wrench their kids back to reality, hire Nixy to jump into the game and retrieve them.

But when the game’s billionaire developer loses track of his own son in the MEEP, Nixy is in for the biggest challenge of her bounty-hunting career. Wyn Salvador isn’t some lazy kid looking to escape his homework: Wyn does not want to be found. And he’s left behind a suicide note. Nixy takes the job but quickly discovers that Wyn’s not hiding—he’s being held inside the game against his will. But who is holding him captive, and why?

Nixy and Wyn attempt to fight their way out of a mind game unlike any they’ve encountered, and the battle brings them closer than either could have imagined. But when the whole world is virtual, how can Nixy possibly know if her feelings are real?

Gamers and action fans of all types will dive straight into the MEEP, thanks to Julia Durango’s cinematic storytelling. A touch of romance adds some heart to Nixy’s vivid, multidimensional journey through Wyn’s tricked-out virtual city, and constant twists keep readers flying through to the breathtaking end.