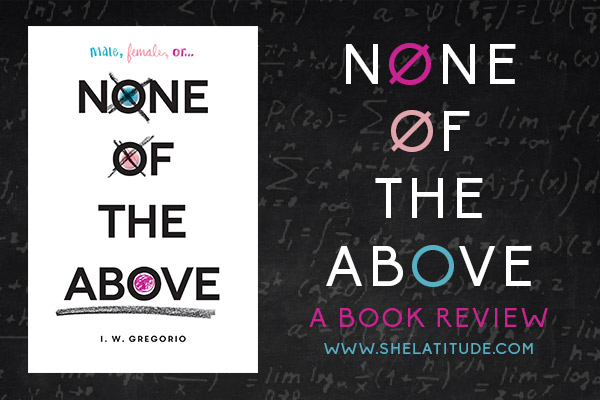 When Kristin Lattimer is voted homecoming queen, it seems like another piece of her ideal life has fallen into place. She’s a champion hurdler with a full scholarship to college and she’s madly in love with her boyfriend. In fact, she’s decided that she’s ready to take things to the next level with him.

But Kristin’s first time isn’t the perfect moment she’s planned—something is very wrong. A visit to the doctor reveals the truth: Kristin is intersex, which means that though she outwardly looks like a girl, she has male chromosomes, not to mention boy “parts”.

Dealing with her body is difficult enough, but when her diagnosis is leaked to the whole school, Kristin’s entire identity is thrown into question. As her world unravels, can she come to terms with her new self?

How do I even begin to review for a book as important as this one? I’m not exactly new with the concept of intersex — I studied it a little in uni and since gender/sexuality studies happen to be an interest of mine, I have read other books that deal with similar themes. Very few of them, however, is as educational and informed as None of the Above.

This book is about Kristin Lattimer, who goes to the gynecologist after having sex with her boyfriend for first time and discovers that she is intersex. Before she has the time to process this, however, the whole school finds out and starts to bully her. There’s also a few references to Caster Semenya, a South African runner who was subject to controversy a couple of years back.

“That was when I realized that life was a multiple-choice test with two answers: Male and Female, And I was None Of The Above.”

The characters in this book are incredibly realistic and well-written. Obviously, not all of them respond to Kristin kindly, and the bullying she goes through is very disheartening, but we also get a really good cast of supporting characters who each has purpose in this story. The family presence is strong with this one too — Kristin’s dad is so supportive and it’s interesting to see how he deals with the situation and how different his way is to Kristin’s.

None of the Above is a book that thrives on information as power. Kristin meets with a lot of people who help her both understand and accept her diagnosis: doctors, counselors, therapists, others with the same condition. There’s an exploration on how gender, sex and sexuality are all different to one another, which brings to light the nuances of LGBT terminology that society perhaps isn’t always aware of. There are also questions of identity that our protagonist must answer for herself:

“But what does that mean, to “identify” as a girl? Just because you feel like you’re a girl doesn’t mean that you really are.”

The only real reason why I’m not giving None of the Above five stars is because of the romance. I love the love interest, but given the circumstances, their relationship does feel a little forced to me. It doesn’t detract from the book, necessarily, but certain choices the author made added unnecessary drama when the book would be just as good (or even better) without.

My final words to you all are: please read this very, very important book. The writing can sometimes be a bit introspective and the pacing a bit slow, but the exploration of the subject matter is more than worth it, and the book is a great example of a diverse read that balances authenticity, entertainment and research well.