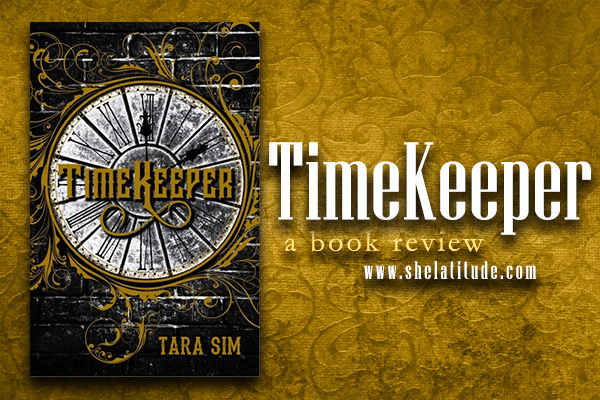 In an alternate Victorian world controlled by clock towers, a damaged clock can fracture time—and a destroyed one can stop it completely.

It’s a truth that seventeen-year-old clock mechanic Danny Hart knows all too well; his father has been trapped in a Stopped town east of London for three years. Though Danny is a prodigy who can repair not only clockwork, but the very fabric of time, his fixation with staging a rescue is quickly becoming a concern to his superiors.

And so they assign him to Enfield, a town where the tower seems to be forever plagued with problems. Danny’s new apprentice both annoys and intrigues him, and though the boy is eager to work, he maintains a secretive distance. Danny soon discovers why: he is the tower’s clock spirit, a mythical being that oversees Enfield’s time. Though the boys are drawn together by their loneliness, Danny knows falling in love with a clock spirit is forbidden, and means risking everything he’s fought to achieve.

Steampunk isn’t a popular subgenre within YA fiction, so imagine my excitement when I discovered Timekeeper. A Victorian world controlled by clocks, where the protagonist is a mechanic who falls in love with a clock spirit! It sounds like my kind of thing, so I jumped at the chance to read it with The Fanboy Book Club .

Timekeeper is the story of Daniel Hart, a young mechanic assigned to fix the clock tower in a small town called Enfield. Apart from dealing with the challenges of being one of the youngest mechanics ever, Danny also has to struggle with his fear of clocks, his mother’s emotional detachment and blame, and the loss of his father, who is stuck in a town where time has Stopped.

The world-building in Timekeeper is unlike anything I’ve seen before in YA fiction. Every town has its own clock tower that controls the time in that town — if something is wrong with the clock, the time goes wonky: it repeats itself, it stops and starts, it skips, it makes the day go by slower or faster than usual. It’s quite imaginative and unique, and while Sim did take some liberty with the historical timeline, she explained herself in the author’s note at the end. You can rest assured that everything important is considered and that she did her research.

The plot took a while for me to get into — while the book was an easy read, I wasn’t actively compelled to continue reading until maybe about the 30% mark. Once it found its footing, though, it became more engaging. There are small snippets on the world’s mythology story at the end of some chapters, and I’m gonna be honest: I skipped these parts because I just wasn’t really interested.

Characterisation was where the book failed for me, unfortunately, because most of them felt quite one-dimensional to me. I found Danny adorable, but a bit reckless and immature at times — so realistic for a teenage boy, but ultimately not interesting to me. The clock spirit was also charming, but not particularly unique in terms of personality. The rest of the cast seemed to exist for this story only, and frankly some became interchangeable as the story goes on.

“Wouldn’t you do anything for the one you love?”

Sim’s writing was good and flowed well, though for some reason made Timekeeper feel more Middle Grade than YA to me. There were some interesting stylistic choices she made that popped up nearing the end of the story, which I quite enjoyed because it was unexpected. Overall quite a good book, especially if you want to read some kick-ass steampunk world-building. 🙂

* I received an ARC of TIMEKEEPER from The Fanboy Book Club in exchange for an honest review. This in no way swayed my opinion of the book.

Want to win a finished copy of Timekeeper? Enter the giveaway (US and Canada only)!