Hi guys and happy Top Ten Tuesday! This week’s theme is books you recently add to your TBR. Now, my TBR is very all over the place and honestly quite extensive — it’s more “books I might want to read” rather than “books I am planning to read” — so I thought I should narrow it down and focus on just diverse books.

Diverse, in this particular case, includes narratives that represent more minority experiences, whether that’s in terms of gender identity, sexuality, cultural identity, disability, etc. Let’s get to it! 💖

Juliet Milagros Palante is leaving the Bronx and headed to Portland, Oregon. She just came out to her family and isn’t sure if her mom will ever speak to her again. But Juliet has a plan, sort of, one that’s going to help her figure out this whole “Puerto Rican lesbian” thing. She’s interning with the author of her favorite book: Harlowe Brisbane, the ultimate authority on feminism, women’s bodies, and other gay-sounding stuff.

Will Juliet be able to figure out her life over the course of one magical summer? Is that even possible? Or is she running away from all the problems that seem too big to handle?

With more questions than answers, Juliet takes on Portland, Harlowe, and most importantly, herself. 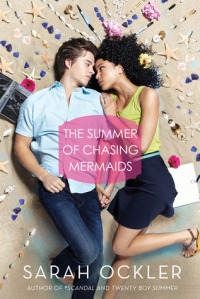 The youngest of six talented sisters, Elyse d’Abreau was destined for stardom—until a boating accident took everything from her. Now, the most beautiful singer in Tobago can’t sing. She can’t even speak.

Seeking quiet solitude, Elyse accepts a friend’s invitation to Atargatis Cove. Named for the mythical first mermaid, the Oregon seaside town is everything Elyse’s home in the Caribbean isn’t: An ocean too cold for swimming, parties too tame for singing, and people too polite to pry—except for one.

Christian Kane is a notorious playboy—insolent, arrogant, and completely charming. He’s also the only person in Atargatis Cove who doesn’t treat Elyse like a glass statue. He challenges her to express herself, and he admires the way she treats his younger brother Sebastian, who believes Elyse is the legendary mermaid come to life.

3) Lies We Tell Ourselves – Robin Talley

Sarah Dunbar is one of the first black students to attend the previously all-white Jefferson High School. An honors student at her old school, she is put into remedial classes, spit on and tormented daily.

Linda Hairston is the daughter of one of the town’s most vocal opponents of school integration. She has been taught all her life that the races should be kept separate but equal.

Forced to work together on a school project, Sarah and Linda must confront harsh truths about race, power and how they really feel about one another.

4) Something in Between – Melissa de la Cruz

Jasmine de los Santos has always done what’s expected of her. Pretty and popular, she’s studied hard, made her Filipino immigrant parents proud and is ready to reap the rewards in the form of a full college scholarship.

And then everything shatters. A national scholar award invitation compels her parents to reveal the truth: their visas expired years ago. Her entire family is illegal. That means no scholarships, maybe no college at all and the very real threat of deportation.

For the first time, Jasmine rebels, trying all those teen things she never had time for in the past. Even as she’s trying to make sense of her new world, it’s turned upside down by Royce Blakely, the charming son of a high-ranking congressman. Jasmine no longer has any idea where—or if—she fits into the American Dream.

5) The First Third – Will Kostakis

Life is made up of three parts: in the first third, you’re embarrassed by your family; in the second, you make a family of your own; and in the end, you just embarrass the family you’ve made.

That’s how Billy’s grandmother explains it, anyway. She’s given him her bucket list (cue embarrassment), and now, it’s his job to glue their family back together. No pressure or anything.

Fixing his family’s not going to be easy and Billy’s not ready for change. But as he soon discovers, the first third has to end some time. And then what? It’s a Greek tragedy waiting to happen.

Rafe is a normal teenager from Boulder, Colorado. He plays soccer. He’s won skiing prizes. He likes to write.

And, oh yeah, he’s gay. He’s been out since 8th grade, and he isn’t teased, and he goes to other high schools and talks about tolerance and stuff. And while that’s important, all Rafe really wants is to just be a regular guy. Not that GAY guy. To have it be a part of who he is, but not the headline, every single time.

So when he transfers to an all-boys’ boarding school in New England, he decides to keep his sexuality a secret — not so much going back in the closet as starting over with a clean slate. But then he sees a classmate break down. He meets a teacher who challenges him to write his story. And most of all, he falls in love with Ben . . . who doesn’t even know that love is possible.

Joanna Gordon has been out and proud for years, but when her popular radio evangelist father remarries and decides to move all three of them from Atlanta to the more conservative Rome, Georgia, he asks Jo to do the impossible: to lie low for the rest of her senior year. And Jo reluctantly agrees.

Although it is (mostly) much easier for Jo to fit in as a straight girl, things get complicated when she meets Mary Carlson, the oh-so-tempting sister of her new friend at school. But Jo couldn’t possibly think of breaking her promise to her dad. Even if she’s starting to fall for the girl. Even if there’s a chance Mary Carlson might be interested in her, too. Right?

All Pen wants is to be the kind of girl she’s always been. So why does everyone have a problem with it? They think the way she looks and acts means she’s trying to be a boy—that she should quit trying to be something she’s not. If she dresses like a girl, and does what her folks want, it will show respect. If she takes orders and does what her friend Colby wants, it will show her loyalty.

But respect and loyalty, Pen discovers, are empty words. Old-world parents, disintegrating friendships, and strong feelings for other girls drive Pen to see the truth–that in order to be who she truly wants to be, she’ll have to man up.

For Vân Uoc, fantasies fall into two categories: nourishing or pointless. Daydreaming about attending her own art opening? Nourishing. Daydreaming about Billy Gardiner, star of the rowing team who doesn’t even know she’s alive? Pointless.

So Vân Uoc tries to stick to her reality–keeping a low profile as a scholarship student at her prestigious Melbourne private school, managing her mother’s PTSD from a traumatic emigration from Vietnam, and admiring Billy from afar. Until she makes a wish that inexplicably–possibly magically–comes true. Billy actually notices her. In fact, he seems to genuinely like her.

But as they try to fit each other into their very different lives, Vân Uoc can’t help but wonder why Billy has suddenly fallen for her. Is it the magic of first love, or is it magic from a well-timed wish that will eventually, inevitably, come to an end? 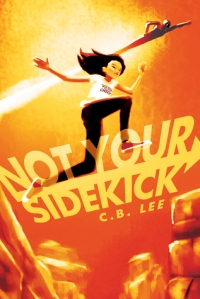 Welcome to Andover… where superpowers are common, but internships are complicated. Just ask high school nobody, Jessica Tran. Despite her heroic lineage, Jess is resigned to a life without superpowers and is merely looking to beef-up her college applications when she stumbles upon the perfect (paid!) internship—only it turns out to be for the town’s most heinous supervillain.

On the upside, she gets to work with her longtime secret crush, Abby, who Jess thinks may have a secret of her own. Then there’s the budding attraction to her fellow intern, the mysterious “M,” who never seems to be in the same place as Abby. But what starts as a fun way to spite her superhero parents takes a sudden and dangerous turn when she uncovers a plot larger than heroes and villains altogether.

64 thoughts on “Top Ten Diverse YA Books on My TBR”