Thank you to Joey from Thoughts and Afterthoughts and Lois from My Midnight Musing for tagging me!

… is the month when we’re reminded of how much we have to be thankful for. Choose one book you’re grateful for having read and give a shout-out to the person who recommended it!

Norwegian Wood by Haruki Murakami, recommended to me by my best friend back when we were in high school. This book is my introduction to Murakami and he became one of my favourite authors since, so obviously, I should be very thankful to her. 🙂

… is a time when friends and families come together and celebrate. Name one book you would give as a gift.

I’ve never actually given books as a gift before because I think it’s a very, very personal thing—what people find enjoyable to read is often unpredictable and I’m terrible at predicting their tastes, so it really depends on who I’m giving it to. Maybe The Lover’s Dictionary? The stories are bite-sized and probably more palatable even to the non-readers.

… begins a new year. Name a resolution you made this year and if you’ve kept it or not!

I’m not big on new year resolutions… and by that I mean every year I keep making them and forgetting them the very next day. One of my new year resolutions in 2015 was to get a new job, which I did! It’s now been almost two months and I’m lovin’ it. My new co-workers are awesome, the job is just the right amount of relaxing and challenging, and I get lots of freedom so I can try out different things and see what works and what doesn’t. 🙂

… is the month for relationships. Name your favourite book relationship: romantic, platonic, or familial, your choice!

This is haaaard, so I’ll cheat and mention my favourite romance book of all time: Bet Me by Jennifer Crusie. The relationship between the two main characters, Min and Cal, is honestly just wonderful—it’s full of love, care, respect and later on, trust. I’m amazed at how much they also understand each other and aren’t afraid to call one another out on their mistakes when they have to.

… is the month for luck and new beginnings. Name a book/series you would like to re-experience as if you’d never read it.

Harry Potter. Is this a cliched answer? I read the series as a child just as the books were coming out, and I’ve always wondered what I would think about these books if I read them as an adult, and if I’d like them as much as I do right now. Would they still be as brilliant? Would I love the characters and the adventure they’d go on just the same?

… is a spectacularly ordinary month. Name a book that was so over-hyped that it just could not live up to your expectations.

Throne of Glass by Sarah J. Maas. I found the main character so overbearingly annoying and too perfect that she’s just unrealistic, and her relationship with the men in her life didn’t really fascinate me. My review has more specific reasons why I didn’t like this book, and to be honest, even without the hype I don’t think I’d have enjoyed it. 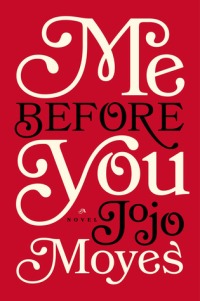 … is the month when the flowers start to bloom. Name a book that was a pleasant surprise to you.

Me Before You by Jojo Moyes. It’s not a pleasant surprise per se—it definitely didn’t fill me with the warm and fuzzies—but it was definitely a good surprise, if that makes sense. For a book with a cover that’s kind of sweet and romancey, the story has remarkable emotional depth, with very sympathetic, three-dimensional characters. (And yep, I cried.)

… is the time to take a break. Name a book or genre that you like to read when you just need to check out.

The Rosie Project by Graeme Simsion. I found it a very fresh, very original take on the contemporary romance genre. The main character is a man, for one, and he has Aspergers. I find the story very easy to get into, the characters mostly likeable, and Don (the protagonist) very relatable and sympathetic.

… is the time to celebrate your independence! Name a book that made you see fireworks.

Elantris by Brandon Sanderson. This was my first Sanderson book and it was so, so wonderful to read about a fantasy world that’s original when compared to other fantasy books out there. I didn’t literally see fireworks, of course, but the setting was just really quite vivid and still so in my mind.

This is the month of my birthday and I’m actually not sure what’s the best gift I’ve received in my life! The best gift I received recently, however, must have been the gift I got from joining the #AusYASecretSanta event, which is this amazing thing:

A new book, a card, a teabag, a bookmark, a tote bag, and chocolate? I’ve really been spoiled. 🙂 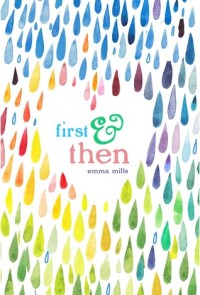 … is the hottest month of the year. Pick an up-and-coming author that you think will be the next hottest thing.

It’s hard to say so I’ll just pick an author whose book I’ve really, really enjoyed this year—Emma Mills, who wrote First and Then. Honestly, contemporary YA books tend to be less ‘hot’ than fantasy or dystopian books (probably due to the fact that they’re typically a stand-alone rather than a trilogy or a series, so the build-up and buzz aren’t as sustained), but her style is very Sarah Dessen-esque, and while Sarah Dessen has never been one of those blockbuster-y authors, she’s still known as one of THE authors of the YA genre. 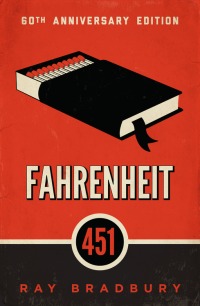 … is time for students to go back to school! Pick a book you read for school that you actually enjoyed.

One of my IB books was Fahrenheit 451 by Ray Bradbury. We spent around four months reading the book really, really closely—analysing the themes, looking at the characters and thinking about their motivations, speculating about the metaphors and other literary devices… and the whole experience changed the way I read critically. Besides, the story itself was really interesting and presented an original, well-developed dystopian where books are banned.

… is time to celebrate Halloween! Pick one character that you would love to dress up as.

Can I just say I loooove Katniss’s dress in the Hunger Games movie? Especially this one in the gif above. It’s just so magical.